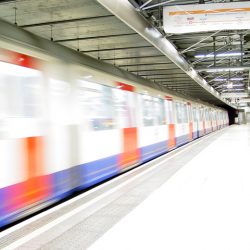 In what feels like the winter of discontent commuters across London remain impacted today by the tube strikes.  This is of course not the first time over recent months that the London Underground has faced disruption due to strikes.  There has also been trouble with rail with Southern Rail and also air travel with BA cabin crew amongst those taking a stand.

In response to an increase in strikes particularly in the public sector whether threatened or actual, the Trade Union Act 2016 was born but has yet to come into force.  This requires statutory instruments to be passed and for the important public services to be defined.

Well we now have the draft statutory instruments of which there are five suggesting that the changes will come into force on 1st March 2017 although this has not been officially announced.  The Trade Union Act 2016 made it harder for unions to ballot for strikes in that it requires a 50% turnout from those eligible to vote in order to be a valid vote for industrial action and where important public services are affected then at least 40% of those eligible must vote in favour of the proposed action.

The draft statutory instruments set out what is classed as important public services which include:

(a) some ambulance services provided in an emergency;

(b) accident and emergency services in a hospital;

(c) services which are provided in high-dependency units and intensive care in a hospital;

(d) psychiatric services provided in a hospital for conditions which require immediate attention in order to prevent serious injury, serious illness or loss of life;

(e) obstetric and midwifery services provided in a hospital for conditions which require immediate attention in order to prevent serious injury, serious illness or loss of life;

(f) services provided by firefighters in extinguishing fires and protecting life and property in the event of fires together with the personnel who provide the call centre services to support this;

(k) Teaching and other services provided by teachers and persons appointed to fulfil the role of a head teacher or principal at a school or a 16-19 Academy or a further education institution other than a fee-paying school/institution; and

What will be interesting if indeed the laws come into force is whether this will impact on any strike action  and whether the ballots do get through.  The change in the laws could have impacted on the Southern Rail and London Underground services which would come under (h) but the BA strike would not have been subject to the additional requirements of an important public service.