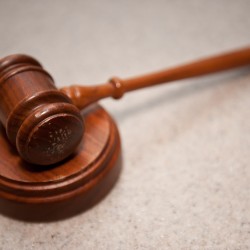 Finally the Government has published its long awaited review of the Employment Tribunal Fees. The Report acknowledges that the drop in claims was significantly greater than it had anticipated for claims post introduction of fees v before. The report accepts that people have been discouraged from making claims but says that there is no conclusive evidence that they have been prevented from doing so.

The Government has analysed the figures and says that people are using other means of resolving the disputes such as ACAS EC.  The Government also accepts that there were a small minority that did not resolve their claims in this way but then did not go onto claim because they could not afford to do so.  It does however make the distinction that this does not mean that realistically they could not afford to pay just that they may have had to make a choice between claiming and reducing areas of non-essential spending.  It also believes that people are not aware of the remission scheme as much as they could.

So Tribunal fees are here to stay for now but instead the Government has proposed a number of changes.  Firstly, extending the fee remission scheme but raising the income threshold for the claimants to apply for remission.  The new gross income threshold for a single person without children is £1,250 which roughly equates to 40 hours at national minimum wage per week.  This threshold will however not be increased in line with increases in national minimum wage. Consultation on this proposal will remain open until March 2017.

The Government is also scrapping with immediate effect the need for claimants to pay a tribunal fee to bring proceedings for recovery from the National Insurance Fund.  This is typically for redundancy and other statutory payments when an employer becomes insolvent. This exemption also includes the more obscure claims in respect of pensions under s28 of the Pension Schemes Act 1993.

You can read the response in full here.